ATLANTA – Lonnie Johnson is a nuclear engineer, who graduated from Tuskegee University with a Ph.D.  He is also a former NASA scientist and inventor. He founded his company,  Johnson Research, and Development, in 1989 and his company is behind the hugely popular Super Soaker water gun and Nerf toy guns which he licensed toy giant Hasbro to sell in a specific agreement.

That agreement which specifically entailed Johnson held the rights to not only his guns but any technology with “three-dimensional products” at 2% based on appearance and 1% on “two-dimensional representations” was breached because Hasbro created separate products with the same technology and claimed them as their own.  Johnson stated in his original agreement from 1996 that the technology was also his and he was to be paid royalties on the design. Hasbro did not abide by the agreement and Johnson has been awarded a whopping $73 million in back royalties according to the law firm King & Spalding.

Johnson Research filed a claim against the giant toy company in February inciting Hasbro’s underpayment of royalties for the Nerf line toys from 2007 to 2012. An additional separate breach of contract against the behemoth toymaker filed in the district court of Atlanta accused Hasbro of violating the original agreement.

Hasbro was forced to open their books to determine sales of his agreement pro ducted from 2006-12. In the arbitration we got everything we asked for,” said Atlanta attorney Leigh Baier. “The arbitrator ruled totally in Lonnie’s favor.” The attorney also said Johnson “is very pleased” with the outcome. 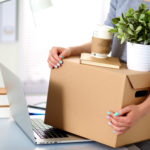 Five Reasons Why it May be Time to LEAVE Your Business 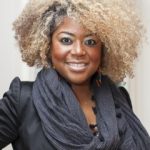 Present what you Represent or You Won’t Make the Sale