Byron Allen’s Entertainment Studios, Inc. (www.entertainmentstudios.com) one of the largest independent producers and distributors of film and television, with 41 television shows on the air, and owner of eight 24-hour HD television networks including the recently-purchased The Weather Channel for a reported $300 million, proudly announces the appointment of Ronnie Ng as Chief Financial Officer and Head of Corporate Development. Ng will work out of the Entertainment Studios headquarters in Los Angeles. Last month, Entertainment Studios announced it had secured $500 million in credit facilities for general business purposes: productions, co-productions, and acquisitions.

Ng has more than 17 years of experience in negotiating and structuring mergers and acquisitions and leveraged finance transactions within the media and entertainment industry. Ng comes directly to Entertainment Studios after five years at TCW Group, which has approximately $198 billion in assets under management. At TCW, Ng was Vice President in the Fixed Income Group, where he specialized in media and technology corporate debt and bond investing. Prior to joining TCW Group, Ng was Executive Director of Media & Communications Group with UBS Investment Bank for six years. Before joining UBS Investment Bank, Ng held similar investment banking positions at Deutsche Bank Securities and Houlihan Lokey. Ng also held positions at Arthur Andersen LLP. Ng earned his B.S. degree from University of Illinois at Urbana-Champaign.

“Ronnie Ng is an outstanding addition to our Entertainment Studios/Allen Media family,” said Byron Allen, Founder, Chairman, and CEO of Entertainment Studios/Allen Media. “Ronnie’s extensive corporate and financial investment experience makes him a very strong executive joining our team as we continue to grow our global media and technology company and aggressively pursue mergers and acquisitions.” 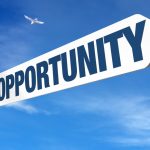 Brilliant Entrepreneurs KNOW When to Seize a Great Opportunity 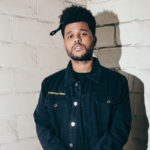 THE WEEKND ANNOUNCES NEW PROJECT TO FOSTER INNOVATION FOR ENTREPRENEURS

From Behind the Scenes to the Stage, Industry Vet Dexter Story Reinvents Himself with Wondem

Struggling with Employees who don’t work out?

Small Business Loan: The More That You Try to Do By Yourself, The Less You Get Done