C D Moody Construction Company is a Lithonia based award-winning black-owned construction company founded by C. David Moody in 1988. As at the time the business started, the CEO, Moody, and his wife were in debt. It was challenging to provide their basic needs and hence had to work from their bedroom.

More than thirty years later, C.D. Moody Construction is a successful company that has completed more than 200 commercial projects worth nearly $ 3 billion.

The company’s growth occurred at the same with rapid regional growth. Though we could say that Moody was the brain behind the 21st century Atlanta, Atlanta’s development also stimulated Moody’s success.

Throughout the journey, Moody has maintained his commitment to the community, laying the groundwork for future growth by guiding the next generation of business leaders in Atlanta and teaching his children and wife Karla the benefit of being hardworking and financially accountable.

Speaking to McPherson Implementing Local Redevelopment Authority or Fort Mac LRA board. Moody also stated that he also wanted to create a right advocacy center that would help cater for victims of child sexual abuse, with particular focus on victims who have come of age but are still traumatized.

Moody, who was previously identified as a construction partner, is set to be the owner of the project if approved by the board members. 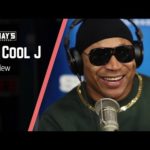 LL Cool J Has Been a Savvy Entrepreneur for Decades, He Owns All of His Masters and … (video) 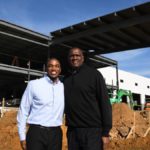 Laser Scientist/Prof. Hildreth “Hal” Walker is the Keynote Speaker at the Annual Africa and International Use of Energy Conference

Meet the First Black-Owned Graphics Design Company in the Midwest