Want to be inspired? Take some time to watch these movies and give your business a boost. In each of these movies, there is a common thread of inspirational and powerful messages.

Your Greatest Enemy and Friend … is YOU

I have probably seen The Matrix (original version) 20 times over the last 19 years. There are SO many incredible messages in this movie not just for the entrepreneur but about life. I told another friend who also loves the movie as much as I do, and is an entrepreneur that this is damn near a cult movie for entrepreneurs. At least those who get it. Everything about this movie was stellar to the ones that followed especially the cast.

The movie is about an extremely bored tech employee who is living beneath his potential. He circumvents his boredom by hacking computer systems and selling the information illegally and he goes to a job he hates each day. His life is forever changed when his computer alerts him to an opportunity to do what he has been dreaming about forever, to meet Morpheus. He deems Morpheus as his saving grace but Morpheus teaches him that he is his OWN saving grace.

The original Oracle, played by Gloria Foster was in the first two movies but the legendary actress died from complications of Diabetes before the third movie could be completed and she was replaced. What black entrepreneur could not relate to her character in the first movie? We’ve seen this woman growing up hundreds of times. The best exchange between her and Neo? In the kitchen in the projects: “Don’t worry about the vase.” Neo, “What vase?” He turns and knocks it over, “That one” He apologizes profusely for breaking it and she says “I said don’t worry about it” then she says “What’s really going to bake your noodle is would you have broken it if I hadn’t said anything?

One of the other favorite scenes is when Neo is in the car and Trinity is trying to remove the bug from his navel but Switch offers a negative response and tells him “It’s our way or the highway.” Neo is about to walk away from an opportunity when Trinity interrupts and says “You’ve been down that road before, you know where it ends and I know that’s not where you want to be” Neo looks at the road and decides he wants something more out of life and stays. If you have not seen the movie see it but in the end, Neo discovers the person he was looking for to change his life … was him.

This movie is amazing. Unfortunately, it flopped at the box office but it is a MUST SEE for ALL entrepreneurs. Ray Kroc is a frustrated milkshake machine salesman who belies in himself even though everyone else has given up on him. He is made to feel over the hill at 52 but he knows he hasn’t scratched the surface of his potential.  He hasn’t given up on himself but everyone around him as given up on him. He has had many ideas over the years and has repeatedly failed at trying his luck as a door-to-door salesman and now he has become a joke to the people in his small town.  He comes across a hamburger shop owner, brothers, who want to order nine of his milkshake machines in their meticulously designed restaurant in California called McDonald’s. He can’t believe that someone wants to order his milkshake machine and he thinks it’s a joke since he has not been able to sell any of them. He drives down to meet the owners to take the machines and he is floored at the great concept the owners have with people waiting in line to get their burgers and the precise way the burgers are made. This concept is completely opposite of anything he has seen anywhere else.

The owners who are also older are tired and settled are extremely strategic in running the one operation but Ray sees something much bigger. I won’t give you all the details but I will say that Ray had something the brothers didn’t have … VISION. They wanted to die running the one shop but Ray saw the potential for a huge franchise. In the end, Ray ended up owning the McDonald’s brand to the brother’s chagrin but when you see what he was up against you actually root for him. SEE THIS MOVIE, you will learn a lot and be incredibly inspired.

It’s About MORE than YOU … NEVER GIVE UP

In the past, I have actually felt bad for Will Smith. He was typecast as The Fresh Prince of Bel-Air’s goofy nephew and it seems he’s been fighting for a long time to escape that (I have never seen one episode of the show).

Will comes through here giving an amazing performance as a man who refuses to believe his time has come and gone. Like The Founder, he is selling broken down medical devices and he’s broke. This is the true story of Chris Gardner who’s wife, family and friends didn’t believe in him. He ends up getting kicked out of his apartment and being homeless with his son (played by his real-life son Jaden Smith) in San Francisco.

This movie proves beyond the shadow of a doubt that hanging on to nothing may sustain you but it is also killing you. Sometimes you just have to start over, sometimes you have to hit rock bottom. Gardner lands a job at a prestigious brokerage in NYC but they job doesn’t pay. He seizes the opportunity because the person who does the best job from all the intern candidates will be offered a job within the brokerage. He ends up struggling to no end then winning the position. Here is the trailer for the movie.

Your Children are Watching You

1959’s Imitation of Life is an incredibly tragic movie. The characters Annie Johnson (Juanita Moore) a single mother and her interracial daughter Sarah Jane are homeless and living on a beach when a widow Laura Merideth (Lana Turner) and her daughter Susie are at the beach and Susie gets lost. She is playing with Sarah Jane. When Laura finds her Annie asks if she has any room for them to stay. Laura says no but finally acquiesces and let’s the two strangers stay in a supply closet in her kitchen. Long story short, Annie’s daughter grows up to resent her mother and she is ashamed of her for being so desperate and needy, she misses the point that it was all for her. She doesn’t want to be like her mother and is ashamed of being black. If you ever live in LA you will see that there is no shortage of this (lol).

What makes this movie great for entrepreneurs is Annie makes great pancakes and waffles and Laura decides to open a restaurant featuring Annie’s pancakes. She offers Annie 20% of the business as it explodes but Annie turns it down offering to continue to be a servant to the nice white lady (this is the only part that pissed me off because even the DUMBEST person would have not only taken the 20% but asked for MORE).

It has been rumored for decades that this is the actual story of Aunt Jemima pancakes and the black woman who created them and how she got ripped off. Annie’s character didn’t know anything about business so she allowed herself to be ripped off because she was so gracious to have a place to stay and a LOT of black women, unfortunately, have been through this especially during those days and when you add in racism and the lack opportunities for black people which was much more prevalent back then she would have probably had no choice but to give her business to the white lady but the exchange o how it happened is not believable.

The lesson from this movie is balanced and knowing your value. Believe it or not, working in the music industry I STILL see black people give away their ideas to people outside the race allowing them to profit from black culture and ideas. There is a belief that we like to save everybody but ourselves which is often true.

A lot of people are completely unaware that this movie was made three times before the 1939 feature film classic. By this time EVERYBODY has seen the Wizard of OZ and I have to say that as a kid, the witch scared the hell out of me. She played that role a little too well. The entrepreneur lesson from this movie? The Lion, Dorothy, the Tinman and the Scarecrow were all looking for something they already had (like the Matrix) a belief in themselves. The big booming voice talking to you from behind the curtain may be an old fat and short old guy desperate for power. That voice needs to be YOUR higher power and you need to listen to it and follow the instruction.

Your Next Blessing May Be Hidden in Your Despair

This is another great movie that eloquently catches the seedier side of LA that is often not revealed to moviegoers but it is to anyone who takes a drive at 3 am in the morning. Jake Gyllenhaal who plays Louis Bloom is unemployed and a thief, he comes across a horrible car wreck and sees photographers taking pictures of the scene. He asks one of the photographers what they are doing and the photographer tells him they sell the footage.

This is a HUGE business in LA and the right image can get the photographer hundreds of thousands of dollars. Louis decides to take the seeder route and get images of gruesome crimes. He builds his business very fast and becomes a successful entrepreneur but the job is dangerous. There are many interesting twists to this film that you should see for yourself. 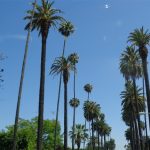 Entrepreneur’s Break: Pics from the Weekend 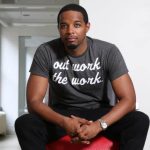 Three Way Split, Old Lady in Need and the entrepreneur

Nine Things That will Destroy Your business

5 Reasons Potential Clients are Not Buying Your Services

There is a Difference Between a “Business Owner” and an “Entrepreneur”