Tulsa Real Estate Fund, The People’s Fund, is a real estate crowdfund qualified by the Securities and Exchange Commission (SEC) that allows both accredited and non-accredited investors to collectively invest and own real estate projects around the country that are unique, diversified and yield a reasonable rate of return. Tulsa Real Estate Fund seeks to raise up to $50 million in equity capital in its initial public offering under Regulation A+ of the Jump Start Our Business Start-Up (JOBS) Act. The Regulation A+ Tier II offering officially launched on June 1, 2018, at www.TulsaRealEstateFund.com and began taking investments immediately. The much-heralded 21st century fund raised $8 million in its first weekend.

“Tulsa Real Estate Fund was created for the sole purpose of the revitalization of urban communities across America, as well as a means for working class people to own shares and equity in a portfolio of real estate assets that will combat gentrification,” said Jay Morrison, CEO and manager of the Tulsa Real Estate Fund.

The mission of the Tulsa Real Estate Fund is to perform comprehensive redevelopment of both people and real estate in key urban areas. The innovative fund allows socially conscious individuals and financial institutions the opportunity to invest in the people and real estate in local communities that matter most to them. Tulsa Real Estate Fund redevelopment projects being considered include single family, multi-family, commercial, and agricultural projects. Other redevelopment projects around the country will be announced in the coming months.

Tulsa Real Estate Fund is named in honor of the businessmen and businesswomen of the once prosperous Greenwood neighborhood in Tulsa, Okla. In 1921, more than 2,000 black-owned homes and businesses thrived in the self-sustaining community known as ” Wall Street” before they were destroyed by an angry white mob and hundreds of African-Americans were killed in the worst armed race riots in U.S. history. Through the Greenwood community’s perseverance, Wall Street was resurrected in 1925 and reached its economic peak in 1941. However, economic progress was short-lived due to discriminatory Jim Crow laws that crippled the community, including an urban removable program and a highway that was built over much of the area.

“Tulsa Real Estate Fund is the perfect economic vehicle for the urban community to collectively pool its more than $1.3 trillion in spending power to effectively control and revitalize our neighborhoods,” said Morrison. “With the current tone in Washington, D.C., urban neighborhoods across the country will not have control of their dollars, real estate or small businesses for the foreseeable future. As a result, urban neighborhoods across the country are being redeveloped by individuals who do not have the best interests of the community in mind, which often leads to the displacement of longtime residents due to increased property values, thus making the cost of housing in our communities unaffordable. We believe Tulsa Real Estate Fund is the solution to this rapidly growing problem.”

Tulsa Real Estate Fund’s path to delivering reasonable returns to its fund managers and crowd partners will consist of identifying real estate with added value in urban communities, while repairing the constituency residing there; a grassroots approach that will allow access to the most advantageous public-private real estate opportunities; and a wealth management team with more than 30 years of combined experience in urban redevelopment projects.

In February 2018, Tulsa Real Estate Fund was notified by the SEC that it had qualified its Form 1A Application that allowed the company to move forward with its offering, which will leverage the key components of the Regulation A+ Tier II rules that allows for the solicitation of the general public as well as traditional investors and financial institutions.

The Tulsa Real Estate Fund recommends investors read its Form 1A Statement and other public reports and financials filed with the SEC for further information. All management profiles, public filings, financials, and other company information are available on the Tulsa Real Estate Fund’s website at www.TulsaRealEstateFund.com. Its Regulation A+ Tier II offering circular can be found online at www.sec.gov.

About Jay Morrison
Jay Morrison is the CEO and fund manager of Tulsa Real Estate Fund. As an African-American young man growing up in poverty, Morrison was destined to become a statistic after dropping out of high school and becoming a three-time felon by the age of 20. However, he turned his life around and has become a much sought-after celebrity real estate agent and multimillion-dollar real estate entrepreneur. 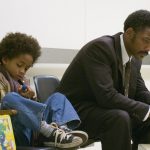 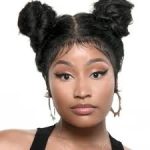