WASHINGTON (November 9, 2016) – The U.S. Department of Commerce’s Minority business Development Agency is participating in the first-ever Essence Festival in Durban, South Africa, November 8-13. Designed to be a sister event to the annual Essence Festival held in New Orleans, Essence Durban sets its sights on global entrepreneurship for all women.

MBDA has supported the annual Essence Festival in New Orleans for the past two years through business development workshops and this year’s highly successful Money + Power Entrepreneurship Village.  As part of MBDA’s mission to strengthen ties in global markets, the Essence Festival in Durban will provide access to a flourishing business community and allow the agency to promote global partnerships with its network of U.S. minority-owned businesses.

“We’re excited to have the opportunity to share our resources and expertise with our partners at Essence while building our international network in South Africa,” said MBDA National Director Alejandra Y. Castillo.

Essence Durban builds on the annual Durban business Fair, a business exposition hosted by the eThekwini Municipality for the past 18 years that attracts more than 850 small and medium businesses.  MBDA hopes to leverage its local and international network of Minority business Enterprises (MBEs) to assemble a delegation of MBEs to return to the 2017 Essence Durban Festival.

In addition, the MBDA staff will meet with African businesses, Durban economic development staff, and procurement officials. The agenda also includes a Money + Power Pavilion-business Meet and Greet and a round table discussion on policy and governance, economic development through small business, and trade with U.S. MBEs.

ESSENCE Durban will be held at the International Convention Center and the Moses Mabhida Stadium in Durban. For more information on this event, visit http://www.essence.com/festival/essence-festival-durban 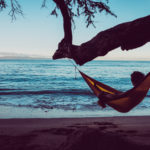 The Story of Netflix

Nine Things That will Destroy Your business