Days once spent working alongside the likes of T.I., Lil’ Kim and Timbaland are now filled with coffee, typography and pixels. After 16 years in the music industry, Erik Ford exited his office at Atlantic Records to become a self-taught, award-winning designer, and one of the few people of color to be recognized in his industry.

When record labels began their shift from a mighty force to minor relevancy, Erik Ford, then VP of Urban Promotions at Atlantic Records, became one of many victims of downsizing. The Harlem native, who got his start in the mailroom at Profile Records, bid goodbye to the music industry and turned a web design hobby into a full fledged second career.

Although the creative arts played an early role in Erik’s life, when he began drawing his comic books heroes as a way to escape his sometimes challenging childhood, he never had any type of formal art or design training. As he began his foray into web design, Erik had to become teacher and student in an industry that seemed to be lacking in minority participation.

It’s a complex issue that rarely gets addressed, according to Ford. “I will start off by saying that I have never encountered racism, overt or otherwise, in this industry,” he states. “But when you look at any of the large convention panels, for example, are we to believe that are no ‘experts’ who are not white or male? Why are people of color so under represented?”

In ” Designers Still Fight for a Seat at the Table – Are They Finding Success?” (Huffington Post), Jessica Cumberbatch Anderson writes about the lack of minorities in the design field, stating: “Some experts blame a pipeline effect that stems from underfunded art programs at the high school level. Others say it’s a case of black designers simply not being invited to the table. What most insiders agree on, however, is that diversity in design makes for a much richer experience, both for the design community and for the consuming public.”

In its most recent survey, conducted in 2011, A List Apart, “The Survey for People who Make Websites,” asked its participants about their ethnicity. For those who took part in this survey, over 15,000 people responded, and the results are as follows:

In the findings, A List Apart states: “As in past years, respondents are mostly Caucasian. These results have not significantly changed in the five years the survey has been conducted.”

Ford understands the importance of being visible in an industry that presently lacks people of color. He hopes to be one of those who can act as a role model for children and young adults who may want to enter the field. “They can look at us and say ‘I can do it, too.'”

About Erik Ford
Erik Ford is an award winning web designer and one of the founding principals of Heavy Heavy creative studio. He grew up in Harlem, New York and studied at Wesleyan University, where he received his degree in African American studies with concentrations in Literature and History. After his departure from the music industry, Erik became a self-taught web designer and developer, and has gone on to receive numerous accolades for his work from Awwwards, Best Web Gallery, Design Fridge, The Best Designs, Siimple and Creattica Design Gallery, to name a few. Erik is a father of two and currently resides in San Antonio, TX. During his down time you can find him reading comic books or watching the New York Giants. 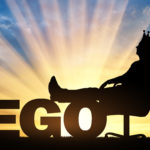 Don’t Run Potential Clients Away by Doing This 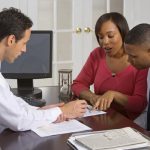 Things you should NEVER do Before a Client Meeting

10 Tips to Make MORE Money with Your business

See Full Interview of Byron Allen on the Breakfast Club