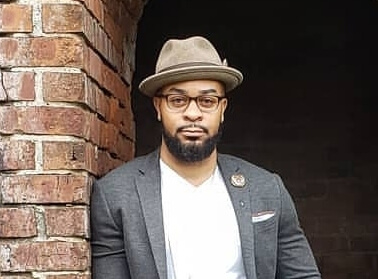 I began making my own pins because I wasn’t able to find the elements I was looking for. I wanted pieces that held layers, meaning, and were conversation starters.

My greatest passion, after the music industry, is spotlighting, interviewing and consulting black entrepreneurs. Financial independence is paramount to our long term and generational success and wealth and it’s not always easy … but it’s rewarding.

During a recent trip to my birthplace, Buffalo, NY. I had dinner with my good friend Jerry who informed me that his son created incredible lapel pins. I actually went to school with both of Jeremiah Allen’s parents, Rachelle and Jerry. When I reached out to Jeremiah, I was immediately impressed with the craftsmanship, professionalism, and his disposition as an entrepreneur.  I immediately knew that he is only scratching the surface of where he can go. 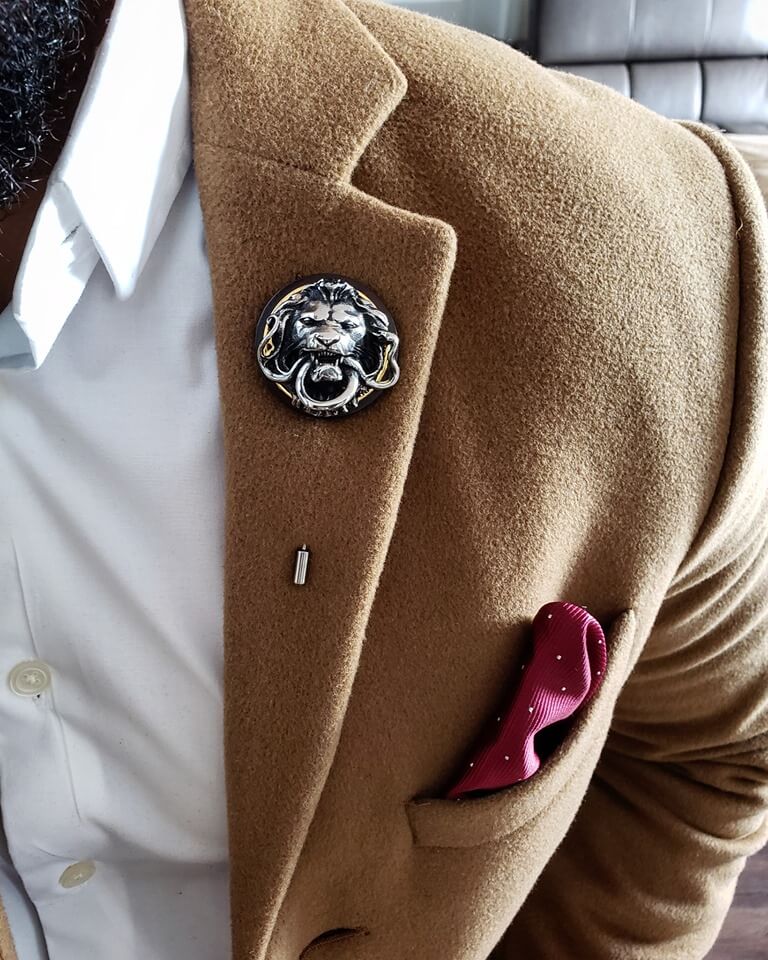 Jeremiah is brutally honest about what brought this great talent to light a bout with depression, which he revealed during a feature TV segment in his resident Charlotte, NC. We don’t often see that fork in the road or hitting bottom as a blessing, but quite often, it is. Because we are forced to make a decision to succumb, survive or succeed. Success is the only option that we are least familiar with but it has the greatest reward and benefit, especially when you start a business and you own the company. (Look for another feature on Jeremiah in our year-end Radio Facts: Power Play List 2019 magazine).

KEVIN ROSS: Tell me a bit about your background?

JEREMIAH ALLEN: I was born in Buffalo NY and lived there until I was 11. I was then moved to Amherst Mass, where I remained until I moved to Charlotte to attend Johnson C Smith University. Most of the men in my family were all regal in their own way. I always wanted to grow into a man that commanded respect upon entry like they did. That’s still very much a work in progress for me but I try in honor of them.

How did you set your sites on doing the pins?

I grew fond of the accessory. I feel the details that a man chooses are some of the key elements that set him apart from the masses. The finishings speak volumes before a gentleman opens his mouth to utter a word. I began making my own pins because I wasn’t able to find the elements I was looking for. I wanted pieces that held layers, meaning, and were conversation starters.

Did you want to be an entrepreneur originally?

When I first started making my pins, they were to fill my personal voids only. I had no idea other people would gravitate towards them. At the persistent encouragement of a group of friends, I began making my work available to the public and that’s where the story got more surreal. I never imagined they’d catch on the way they have been.

I noticed that you said in your video that you were going through a tough time when your business started. What would you say to other people who are where you were at that time for encouragement?

I was fighting through some pretty serious depression at the time. The world is beautiful but can also be very abrasive for some. I think it’s important to explore different things. Winston Churchill said, “When going through hell, keep going”. The worse thing I could’ve done was sit where I was, trapped in my own mind. Jumping into making my pins served as a meditative escape. The process continues to center me and the idea that I’m privileged to be able to make them for others continues to be deeply moving for me.

I’ve noticed that you don’t have your name or a logo on the pins, why is that?

I always felt the work was more important and spoke for itself but the idea has come up a few times. Perhaps I’ll entertain an added element.

At what point did you realize you might have a business?

One of my most trusted friends always says “When you make your first dollar, you’re officially in business.” That was honestly a life hack for me because I had trouble seeing myself as an entrepreneur. Having the right people around you in life is paramount! 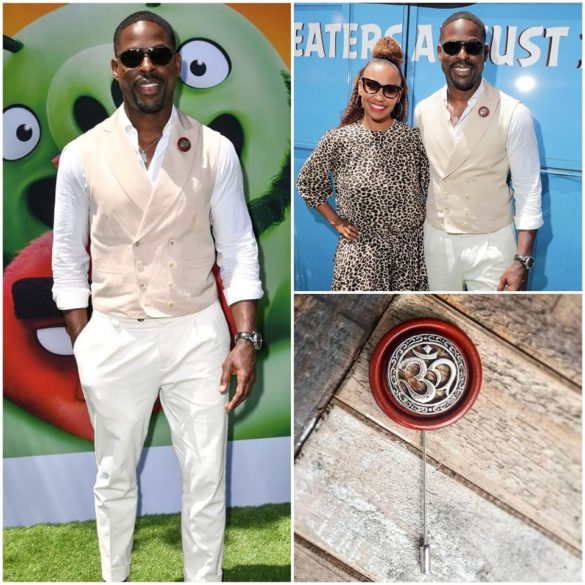 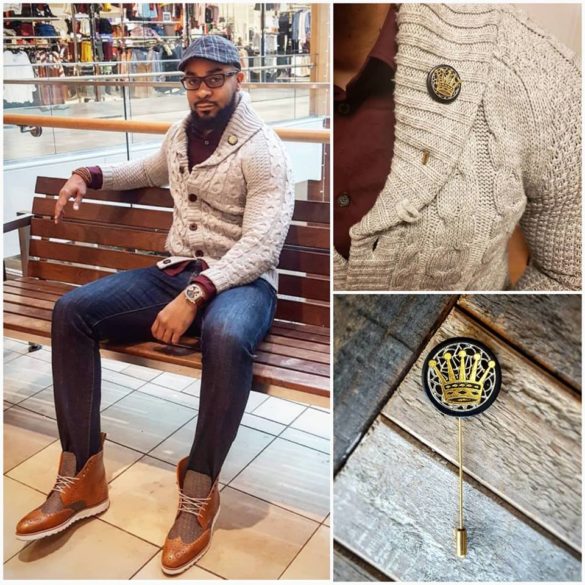 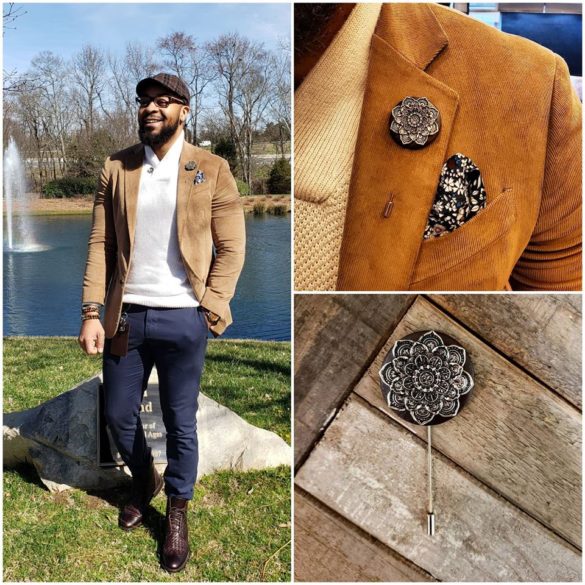 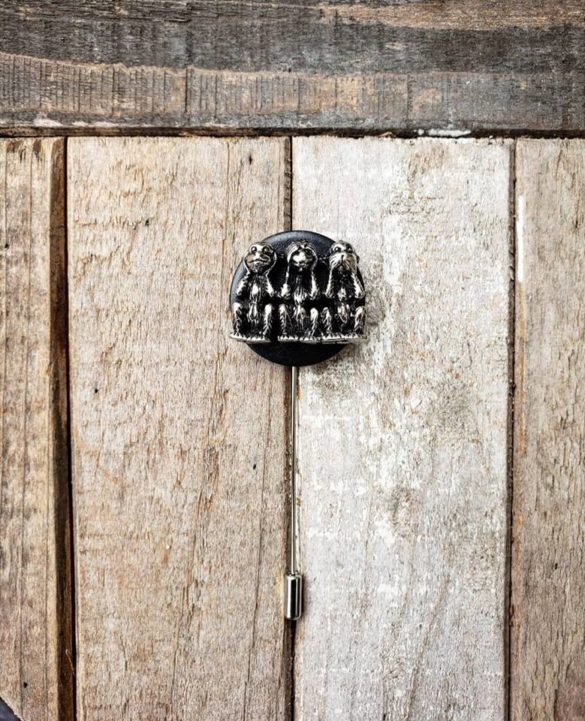 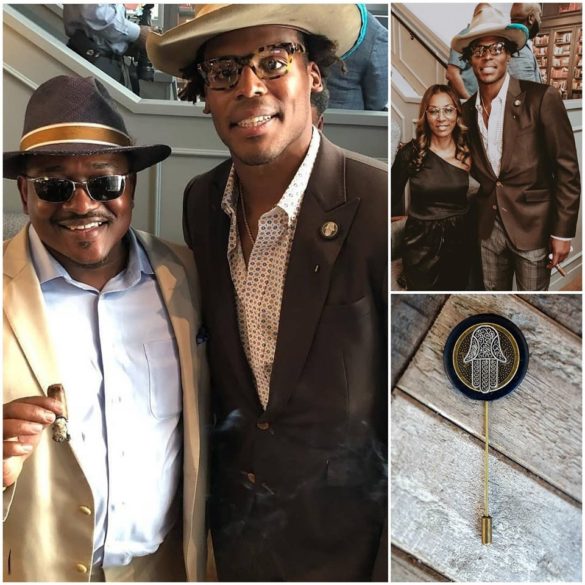 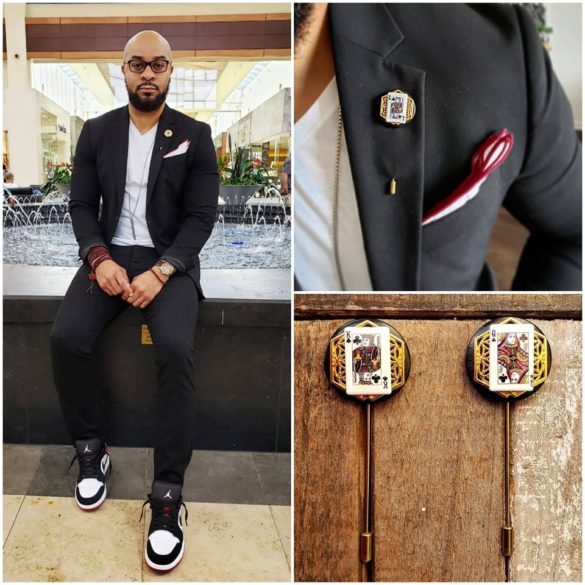 What do you do when people ask for a “hook up?”

I don’t get that often. At least not anymore. In the beginning, when I did, I’d remind them of the time and thought that goes into actually creating something [like this]. I’d also speak on the fact I’m more interested in the person that authentically values my work. The people that truly understand the meaning behind them don’t ask for them for free. That relationship is deep. That’s my community. We’re just different!

What has been the hardest lesson that you have learned/are learning about running your own business?

All of it is a journey. The road is full of twists and turns and I’m developing as I travel it. You have to get moving on the path. Some elements won’t be revealed until enough ground has been covered. You can’t really wait until everything’s perfect because it usually never is. Most of the knowledge comes from experience so I had to get busy experiencing. I’m still learning as we speak.

Besides finding your product on your site Rook and King (rookandking.com) where else can we find your pins?

Currently, my online shop is the only place to get them.

What are your plans (that you can reveal) for expansion?

I have a few things I’m working on that are on the horizon but I’d just like for the brand to continue evolving into something bigger within fashion.

Have any celebrities purchased from you?

So far Cam Newton and Sterling K. Brown are the only high profile people that I know of.

This has all been a thrilling and unexpected ride. I absolutely love producing my work and the experience of seeing others incorporate them into their own stylings. I’m also very thankful for the people that are on the journey with me.

You can reach Jeremiah at [email protected]

Meet the First Black-Owned Graphics Design Company in the Midwest

Durham’s 150 years Celebration to Show How Black-Americans Contributed to it Growth.

Jeremiah Allen is astonishing! Fighting through depression allowed him to show himself through his internal craftsmanship, wow. He serves as inspiration to those who suffer with depression or challenging factors in life. We can all receive the message conveyed in this interview. His pins are unique and very well crafted. I own several pieces and I will continue to support such an inspiration man. Thank you Jeremiah!

Agreed, this is a great motivating story.