To all the entrepreneurs… I know the first thing most people think is WHAT? It’s already hard enough to make ends meet with the money I’m making now. Trust me, I understand but let me give you a piece of advice that I learned a LONG time ago. When you give… you get back and a lot of times MANY times more than you gave. The trick is not to do it with the INTENTION of getting something back but give it because you want to help someone else.

I had an experience I’d like to tell you about back in 2005. I was at the lowest point in my financial life. I was literally dead broke. I had stopped working in the Music Industry and switched to Real Estate and as we all know, the real estate market collapsed.  I was literally down to my last $10.00 and I went to church that Sunday. My intention was to get breakfast atMrs. Winners after church and my original intention was to just to go because I really felt I needed divine intervention.

It was right before Thanksgiving and the service was almost over when the minister requested that each man give $10.00 so that a family can eat for Thanksgiving. One of the most cherished childhood memories I have growing up in Buffalo, N.Y. was Thanksgiving.  That statement took me back and I realized, I had to do it. I didn’t need Mrs. Winners anyway. It was all I had but I gave it and left Church that day. Once again, it was my last money and I was totally broke. The VERY next morning… I got a call from a woman and her husband that were thinking about renting from me when I had a house for rent several months before. She told me that she and her husband were ready to buy a house and had been approved for a loan, it was a great start to a great week especially since I had no money and no prospects for money. To make a long story short, we found a house and it took 13 weeks to close and I was physically ill from the stress of the whole event… but I got a commission check on the 13th week for guess what….. $10,000 even. I KNEW where that came from and every other time I give I get the same thing to happen.

If you want to grow your business, give something back. I make a habit of donating to certain sites if I get something out of it when I see a paypal donate button. However you want to give you can do it too but if you look at major celebrities and their massive successes just about all of them make massive donations to various charities. 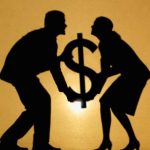 Small Business Tips: Should you Negotiate your Prices? 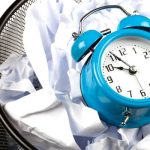 Beware of the FALSE Potential Customer, Lurking for Free Information