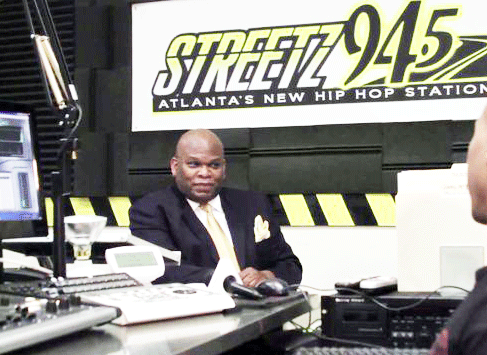 Streetz 94.5’s Steve Hegwood is having a ball… because he is doing what he loves to do on his own terms with his own company.

UPDATE: Several Staff changes have taken place since this was orginally posted.

There are not many urban programmers who can say that right now and while the thought of being an black entrepreneur in today’s urban radio arena may be far-fetched to most, it is foremost to programming vet Hegwood. He is experiencing the excitement and the lure of what Mom and Pop owners experienced in the 60s and 70s. These days Mom and Pops no longer exist (outside of a few smaller market heritage stations) because corporations and syndication have dominated the urban radio landscape, so Hegwood’s station Streetz 94.5, is pretty much in a class by itself in a climate where research dominates tight and predictable playlists and on-air presentation. In addition, black programming pros who once relished being on the cover of industry trades are now forced to remain under the radar so they don’t ruffle corporate feathers having to ask for permission to even promote themselves. This appears to be a dominant force mostly in the urban radio arena and at the absolute worst time.

These are the days of social networks, digital media, and FREE worldwide promotion. Hegwood’s timing is impeccable because he can single-handedly have the freedom to promote his skills, talents, his brand, extend his playlist, secure local advertisers and even feature and break up-and-coming artists in one of the top markets for up-and-coming artists… Atlanta.  Doing what the corporate radio stations can’t has garnered the outlet an average 3.2 share 18 to 34.  This nonetheless is very impressive for a station with a limited signal and it proves how successful a true radio programmer can be when he knows the market.

Atlanta is one of the most interesting urban radio markets in the country. It has the most urban stations and is probably one of the only markets that run a majority of the syndicated urban morning shows. The market has seen some drastic changes over the last year and a half. Frank Ski parted ways with V103 after 14 years run and the new morning show with Ryan Cameron is losing ground amongst other rating challengers like Rickey Smiley.   Smiley has physically moved into the market as well as Steve Harvey and while all of this is taking place Vet programmer Steve Hegwood introduced Streetz 94.5 to the market almost two years ago brilliantly taking advantage of all the confusion, changes and programming concepts that the local radio industry has ignored in lieu of corporate structure and research. “He’s going against the grain and in a brilliant way” one local programmer, who asked not to be identified based on corporate rules, stated to Radio Facts.

Hegwood parted ways with Radio One a couple of years ago, which we covered in Radio Facts amidst a controversy that he is not in a position to discuss. We championed Hegwood in his first attempt to start Streetz with an extremely limited signal and Radio One’s Alfred Liggins stepped in and sued to shut the operation down. We championed Hegwood because his station even then had great potential and we wanted to see it do exactly what it’s doing today, making a huge impact on a large market station with a programming concept that is viewed as completely unconventional by today’s urban radio programming standard. Radio corporations have gotten greedy with their hands in many ventures and it has greatly affected the industry in negative ways such as new talent development, opportunities and breaking new artists.

Steve Hegwood is ahead of his time and is one of the more respected programmers in radio. Hegwood’s success in the Atlanta market with such a limited signal (inside the perimeter) can only be attributed to great programming, great staff, and a great presentation.  We took a few minutes to speak to the President/CEO of Core Communicators Broadcasting LLC., Steve Hegwood of this Radio Facts exclusive interview…

KEVIN ROSS: Most programmers would love to do what you do, run their own station, call the shots and make a significant dent in the Atlanta radio market, Congratulations! What drove you to do this station and this format?

STEVE HEGWOOD: Anyone that knows me is aware that Atlanta is my favorite city in the world.  I  joined Radio One in 1995 to be in Atlanta, we debuted Hot 97.5 in July of 1995. It has been my dream and my number one goal to own a radio station in Atlanta since 1993.

KR: Can you share the efforts it took to put everything in place?

SH: As you are well aware of Kev (you covered story very heavy) I attempted to launch Streetz in 2009 immediately after leaving Radio One, which I am not able to speak about. However, I made a number of costly mistakes in which I have learned greatly from. Fast forward to June 2012, and Streetz 94.5 was born! Streetz 94.5 is a Translator station that originates programming for Lincoln Financial’s WSTR HD-3 Channel.  I am proud to be among some of the early broadcasters that recognized the value of FM Translators.

KR: You have taken a lot of talent from other stations in the market. How do you pick your on-air talent, and what qualities do you look for most?

SH: For Streetz 94.5 we were lucky, Rashan Ali had just left WVEE. DJ Holiday was a very popular street/Club Mixtape DJ that wanted to add radio experience to his resume. We had worked together at Radio One in the past. The Assistant PD/Afternoon Drive Personality Jay-Tek and I had met many times in the past, I knew he was a good fit for Streetz.

KR: Atlanta is a HUGE urban radio market, perhaps the one market with the most urban stations. Why not do what you’re doing in another market where there is much less competition?

SH: Atlanta has over 1.4 African Americans, second to only New York. Clearly, there was enough room for another Urban station.  I also was aware of Atlanta’s economic base in which we were confident we could generate revenue for the station.

KR: This is the first time (that I recall) V103 is having challenges with ratings after being the top dog in the market for many years, many programmers say your station is responsible for that. Did you expect to make such an impact in the market?

KR: How’s your relationship with other programmers in the market?

SH: I have Known Reggie Rouse for many years, and I have major respect for Reggie. Tony Kidd, the VP or Urban Programming for COX/WALR KISS 104.1 is a very talented programming executive. I have admired his success for years. Derrick Harper, Program Director WAMJ Magic 107.5, we worked together at Radio One.

KR: We get non-stop complaints from programmers at corporations who feel they are not able to program their stations based on what their market demands in opposition to national research and decision-makers who they feel don’t understand the music. How much of your style of programming is based on research, as opposed to the market itself?

SH: This is Atlanta, for the most part, is a world by itself! For Streetz, we use a couple of research methods to determine the playlist. Unlike some of the other stations, we saw an opportunity to play local new music first and get credit for it, so we did! Examples of Local Artist: Trinidad James, Migo’s, K Camp, August Alsina, Rich Homie Quan and many more!

KR: It would appear that since you started off as the little guy in town (growing rapidly) that you can take more chances on the air. What else do you do that the other corporate-owned stations can’t or won’t do in the market?

SH: This is how we look at it, we’re in Atlanta, GA,  Market # 9. We have to be as good or better than any other radio station in the market. We want to win all decisions that are carefully decided and all programming and promotions activities are strategically planned. I think the number one advantage of Streetz being in the market goes to the local advertisers, we give them a viable option.

KR: Miss Sophia is another former V103 employee. (Sophia is a drag performer and comedian) Atlanta, as everyone knows, has a huge gay population and this target is often ignored by many urban programmers in local markets. Nationally syndicated shows, however, see the advantage of having diversity. Most black programmers are very conservative, is there room for that in today and tomorrow’s radio industry?

KR: You also have a woman, Rashan Ali hosting mornings. Oddly, this is still unconventional in urban radio outside of DeDe McGuire in Dallas. How is the show performing and how did you conclude that Rashan would be best for that slot?

SH: I worked with Rashan Ali at Radio One as part of the A-team Morning Show. I knew she was talented and very popular with females in Atlanta so we met and began forming a show. I will say we admire the success that DeDe McGuire is having at KKDA Dallas, and it was part of our motivation to give it a shot. I am pleased with the success of the “The Streetz Morning Grind “Show.

KR: With major corporations now getting into various other ventures including the music business, do you find that it’s a battle to compete for station events and artists’ appearances?

SH: It is, and will always be a battle with other stations to get artists for events. Relationships go a long way.

KR: Why don’t we see more urban programmers do what you are doing?

SH: It is very difficult to raise funding to purchase a station, that’s the primary reason and they are not trained or educated on how to purchase a radio station.

KR: What advice would you give urban programmers who are out of work, over 45, and waiting for an opportunity today?

SH: Stay aware of the business, not just programming. Read all trades, not just urban trades to spot trends, read up on new station acquisitions, format changes and to stay aware of FCC changes. Look for other opportunities at the station, such as Sales, Promotion’s,  Digital department and Engineering, to be honest, a check is a check!

KR: How do you feel about syndication?

SH: I am a fan of syndication, I have worked with Russ Parr, Big Boy, Steve Harvey, and currently our station in Little Rock Arkansas, Streetz 101.1, airs Rickey Smiley.

KR: Where do you see urban radio programmers in the next 5 years?

SH: I hope they make themselves more valuable to their companies. The days of picking the songs and jocks are OVER! What makes you valuable in today’s radio, I hope every PD understands that social media is your tool, not your enemy.

KR: Do you plan to take the Streetz brand to other markets?

SH: Currently in Atlanta & Little Rock, my hands are full!

KR: Name 5 current programmers from any format that you respect the most.

PD’s to look out for?

SH: I Thank God for the Blessings!

We provide you with the latest breaking news and videos straight from the entertainment industry.
Contact us: contact@yoursite.com