I greatly respect Necole from  the now former necolebitchie.com.  First, for her consummate effort in learning all aspects of doing a blog on her own, which is on INCREDIBLE amount of work, second for being a successful entrepreneur and MOST for having the courage to walk away when it’s no longer fun.  She has told her story several times as to how she was unemployed in a very dark space after losing both parents and in the process of being homeless before she started her incredibly successful blog.  It was sheer determination that presented her from submitting applications and resumes for job she knew she didn’t want for doing what she really wanted to do which was to start her own business.

Quite often, a minority entrepreneur’s greatest mistake, is thinking that you have to hold onto a business for life just because you’re currently successful at it.  What we fail to realize is, it’s best to leave  or sell when you’re on top and still have business and client leverage. There is no guarantee the business will continue to be successful and we do ourselves a favor by taking the experience, relationships, leverage  and remaining energy from our success and applying it to something else instead of letting the business die when you die, or worse yet, letting the business kill you because you’re unhappy. Holding on to a business forever is not a way to amass wealth because you will eventually become tired of it especially at the seven-year mark which is where Necole is.  The goal to amass wealth is to start a business, sell  the business and  diversify the key components for new opportunities.

I have never met Necole, but I always thought she was very sweet and almost too kind and transparent to work in the industry.  There are not many industry people who I know of that show their vulnerable side to the industry or the public (see video).  As I told another industry vet the other day, working in the music industry is not a job it’s a lifestyle especially in places like Los Angeles which is an entertainment town. You literally never stop working and you’re very likely to see a client or someone from the industry even when shopping at the grocery store.  We have very stringent rules, for example, we work in the music industry but it is considered taboo to dance at an event, go figure (lol). I wish Necole well in her future endeavors.

And I will cry after I write this.

I am very sadden to announce that today is my last day as a ‘celebrity gossip blogger.’ It’s also my last day running the site as you know it, NecoleBitchie.com.

Back in 2008, while people were celebrating the New Year with their loved ones, I was on the phone with my good friend Lamar (most of you know him as ‘Blogxilla’) and I told him my plans for growing the traffic on this tiny blog I had just started. I researched HTML codes for hours in an attempt to create a readable layout with red, black and white colors, and he offered to help me with a header image. Although I was living with my aunt at the time, I was somewhat homeless and reminded every day that if I didn’t get a real job soon, I’d have to find somewhere else to go. Over the next six months, I found myself hopping from couch to couch as I moved to Atlanta, and worked hard to grow my following. My friend Lauren tells the story of one day waking up to me laying on her floor with my head resting on my computer.
Read more: It’s Time For Me To Move On | Necole Bitchie.com http://necolebitchie.com/2015/07/its-time-for-me-to-move-on/#ixzz3etomcR1z
Read more at http://necolebitchie.com/2015/07/its-time-for-me-to-move-on/#74izqy577XOlXIEJ.99 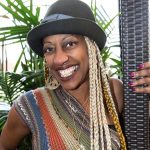 My greatest lesson learned as an entrepreneur: Makeda Smith – JazzmynePR.com 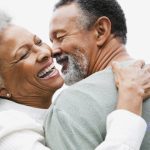 Survey: entrepreneurs Not Ready for Retirement

Using Your Current Job to Start a business

Want to Succeed as a entrepreneur? Get a Mentor and…

The Story of Netflix