“MARY JANES: THE WOMEN OF WEED,”A Groundbreaking Documentary About Women as They Lead the Cannabis Industry, Debuts in Seattle

Women Leading the Cannabis Industry – The film features intriguing interviews from Grammy® Award-winning singer-songwriter Melissa Etheridge and other noteworthy cannabis women executives, as they reveal how legal cannabis is leading to serious progress on an array of social justice issues.

Eden Labs, Inc. will host an exclusive Seattle premiere screening of the feature-length film, Mary Janes: The Women of Weed in The Seattle Art Museum Plestcheeff Auditorium at 6:30 PM on May 15, 2018.

The film features award-winning Director-Producer Windy Borman using powerful personal stories to explore how cannabis is the first new industry to emerge in the 21st century, and the impact of its women leaders. The film examines the intersection of gender parity, social justice, and environmental sustainability in the industry.

“From farms to labs to dispensaries and beyond, the film sheds light on the female researchers and entrepreneurs blazing a trail in today’s legal cannabis industry. From interviews with scientists, doctors, lawyers, activists, growers, and bakers, I learned cannabis is not only an industry but also a movement of dedicated, pioneering women,” says Director Windy Borman.

The host of the Seattle Premier is Eden Labs, a Seattle-based a pioneer of CO2 and ethanol extraction systems used in the nutraceutical, medical and cannabis industries. Gold Sponsor, Emerald Scientific, and Silver Sponsor, Right Sciences, are also helping to bring this event to Seattle. The film’s director, Windy Borman, will be available after the screening for a question and answer opportunity.

BEWARE OF THE FALSE POTENTIAL CUSTOMER LURKING FOR FREE INFORMATION

MARY JANES: THE WOMEN OF WEED explores the movement to end marijuana prohibition and Borman’s assumptions about the plant. Through a series of empowering and educational interviews with the industry’s “Women of Weed,” Windy’s assumptions are transformed as she discovers how cannabis liberation intersects with the most urgent social justice issues of our time. She learns how this green revolution has significant effects on environmental sustainability, ending the War on Drugs and the Prison-Industrial Complex, and the destructive domination of Big Pharma.

See our entertainment site at rffocus.org 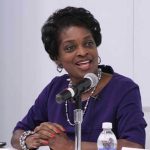 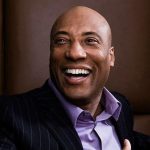