KUDOS to Cathy Hughes, Alfred Liggins and the staff Urban One and Radio One on taking the bull by the horns, using their leverage and filling a void by creating their OWN awards show on their own network. Don’t get me to lie, I would have loved to have been there to support and many site owners will make up a lie and say things like they couldn’t make it but I’m here to tell you the truth … A MF wasn’t invited! (lol) but it’s good. I’m glad to see a black industry businesses prosper. Perhaps I can form a 12-step program for people like me, Industry legends not invited to events? “Hi my name is Kevin Ross and I’m an industry legend?” (crowd response) “Hi Kevin” I then say on the verge of tears, “Urban One didn’t invite a MF to their awards?” Looks like it was a lot of fun.

Some of the biggest names in film, television, and music gathered for a star-studded affair at the annual Urban One Honors at MGM National Harbor in Oxon Hill, Maryland, on Thursday, December 5. Hosted by Urban One Founder and Chairwoman Cathy Hughes and actor Chris Tucker, the prestigious event celebrated the 40-year legacy of Radio One and will premiere on January 20, 2020, the Martin Luther King, Jr. holiday, at 8P.M./7C on TV One.

Highlights from the evening included:

A surprise performance by Grammy Award-winning icon Anita Baker, who not only serenaded Cathy Hughes with “Giving You the Best That I Got” but also had Lalah Hathaway, Billy Porter, and Jamie Foxx to join her on stage.

Actress Corinne Foxx presenting the Entertainment Icon Honor to her father Jamie Foxx, who, during his acceptance speech, remarked that his best role ever is being a father. Rapper Lil’ Kim’s heartfelt presentation of the Music Innovation Honor, which brought honoree Missy Elliott to tears.

A special musical tribute to the late, two-time Grammy Award-winning singer/songwriter, James Ingram, by Ne-Yo, Eric Benét, Chanté Moore, and Al B. Sure!

“It is with great humility and gratitude that I acknowledge our sponsors, staff and attendees at our second annual Urban One Honors at the MGM National Harbor. We are totally aware that our 40th anniversary would not be a reality without your love and support,” said Hughes.

.URBAN ONE HONORS is presented by TV One and Radio One’s Washington D.C. market’s cluster of radio stations: Majic 102.3 and 92.7, WKYS 93.9, Praise 104.1, WOL 1450, Spirit 1340, and The Team 980 and 95.9. The televised event heralds the accomplishments of individuals who have made extraordinary contributions in entertainment, media, music, education, and the community. 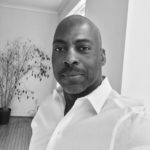 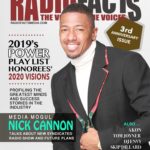 NAIC Gets $1.4 Million Grants to Disburse for the Growth of Minority Businesses

LL Cool J Has Been a Savvy Entrepreneur for Decades, He Owns All of His Masters and … (video)