The Hollywood Reporter-Billboard Media Group To Acquire SpinMedia’s Iconic Music Brands, Including Spin, Vibe, And Stereogum Combined entity of music and entertainment properties will reach 45 million unique visitors and one in every three U.S. millennials

“In recent years, we set out to own the topic of music online, and the acquisition of these incredible music assets helps us do just that,” said Media Group co-president John Amato. “By making these brands part of our family, The Hollywood Reporter-Billboard Media Group will be able to fully capture the value of millennials and music, and continue to strengthen its leadership position in this critical arena.”

“Bringing in these historic brands under Billboard allows passionate music audiences to enjoy rock to urban to pop in one massive portfolio,” said Media Group co-president Janice Min. “The power and scale of these combined, complementary digital assets will deliver more ways to reach our audience through TV, video, live events, social and online through these brands.”

SpinMedia CEO Stephen well will be named Chief Strategy Officer of the newly acquired company and will oversee revenue, digital growth, and product, reporting to Amato.

The deal expands The Hollywood Reporter–Billboard Media Group’s online audience to 45 million readers a month, strengthening its reach among social-media savvy millennials who value listening to music digitally and live experiences in equal measure. The Hollywood Reporter and Billboard both launched aggressive moves into video earlier this year, with the brands currently delivering over 100 million video views monthly. The Media Group has also partnered with Facebook to create custom content for the recently launched Facebook Live. In all, the acquisition will boost the Media Group’s revenues to more than $100 million a year, two-thirds of which will come from digital and video.

SPIN magazine became fully digital in late 2012 after BuzzMedia acquired the 27-year-old publication and rebranded it as SpinMedia. It bought the hip-hop and R&B magazine VIBE and its digital properties the following year, growing its footprint in music and entertainment. 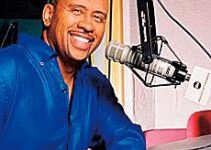 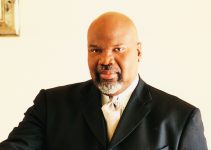