… and Emmy award-winning producers Stephen David Entertainment announced today a partnership with GroupM Entertainment, a global content investment and rights management company, to develop and produce THE DEFINITIVE HISTORY OF HIP HOP, a sweeping documentary series that tells the exhaustive story of hip hop, from its seminal, underground roots to its now most iconic, global artists. Stephen David will Executive Produce the series, along with GME’s Richard Foster and Simmons himself. The project is in development and slated to begin production this year.

THE DEFINITIVE HISTORY OF HIP HOP begins in the early 1970s, chronicling the rise of the first DJs and emcees in New York City. But what started as a way for marginalized youth in New York City to escape or explain the stark realities of the inner city, rapidly spread from the East to West Coast as it evolved into a global phenomenon.

Today, it is a multi-billion dollar industry and cultural force that shapes music, art, fashion, language, and all forms of entertainment from films to television and digital programming to social media.

“Hip hop began in the Bronx and Queens, and was fueled by pioneering new artists with an incredible hunger to express themselves in unimaginably bold new ways,” said Simmons. “The Definitive History of Hip Hop is the untold story of the birth of this art form – the series gets behind the scenes of what drove the beats, the rhymes, the ideas — and the people — that so powerfully hit a chord with all of youth culture in America and around the world. It starts with the OGs of this disruptive force in entertainment, spotlights some of the lesser known artists who’ve fallen out of history or favor, and of course looks at the icons who are now household names whether you’re in LA or London, Toledo or Tokyo.

The music is just as important, classic and timeless today as it was 40 years ago. We’ve partnered with amazing filmmakers in Stephen David Entertainment and with GroupM, the largest media investment firm in the world, because we believe this will be a long-running, global franchise,” Simmons said.

“We are going long, and deep, and plan to follow the characters and storylines, the drama, the dreams, the deaths, the disruptions, that have made our narrative one of the most compelling American stories of the last three decades. And its future is still being written today, so the story is both timeless and endless.”

Using SDE’s award-winning cinematic and storytelling style of weaving filmed scenes and classic documentary treatments, together with groundbreaking visual effects, archival footage and celebrity interviews, THE DEFINITIVE HISTORY OF HIP HOP tells the incredible personal stories of the pioneers of hip hop and rap, set against the larger historical context of a country in turmoil. From DJ Hollywood and Run DMC, to Dr. Dre and Jay Z, this authoritative and expansive series captures the mystique and magnetism of the personalities and music that helped transform the American mindset and, in the process, set off a global movement premised on speaking truth to power.

“The birth of hip-hop and its ascent into the American mainstream is a fascinating story, one that has tremendous historical and social importance and relevance in our society,” said Stephen David. “We really could not imagine a greater partner for this project than the founder of the movement, Russell Simmons, and the team at All Def Digital. We are privileged to be working with the man who took a musical art form and created multiple industries and a global movement in youth culture.”

As the company behind the EMMY award-winning series, THE MEN WHO BUILT AMERICA, the EMMY-nominated THE WORLD WARS and THE MAKING OF THE MOB: NEW YORK, SDE has established itself as the leading producer of hybrid-genre programs that combine traditional documentary techniques with scripted storytelling elements. “We create documentaries as if they were scripted series – we thrive on characters and story arcs.” SDE has projects at Netflix, Amazon, History Channel, and NatGeo among others.

“The dominance of hip hop in global culture is clear in so many international markets. Investing into the project and partnering with All Def and SDE is a fantastic opportunity to bring this story to a global audience. GroupM Entertainment is one of the largest financiers and co-producers of original programming in the UK and is active in over 20 global markets including the US. The company is part of WPP, the world’s largest advertising and marketing services group.

“With the break-out success of entertainment properties like Straight Outta Compton and Moonlight in film, Empire and Atlanta in television, even Hamilton on Broadway, there could not be a better time to tell this story about the embryonic days of hip hop,” said Sanjay Sharma, All Def’s Chief Executive Officer. “Hip Hop is the most listened to category of music in the US and its universal appeal is, in part, due to the fact that it has always been about speaking truth to power – nothing could be more timely than this.

Aside from dominating pop culture, this thread dominates the global social and political climate as well. We want to create an immersive experience that will engage today’s youth, as well as old-school fans, with the origins of the movement through premium content, live, social and interactive, experiences, and more.”

In addition to DEFINITIVE HISTORY OF HIP HOP, All Def recently released a stand-up comedy special on HBO, a sketch comedy series on MTV2, the All Def Roast of Snoop Dogg and the All Def Movie Awards on Fusion, and soon will release global, premium digital series with YouTube Red and Spotify. 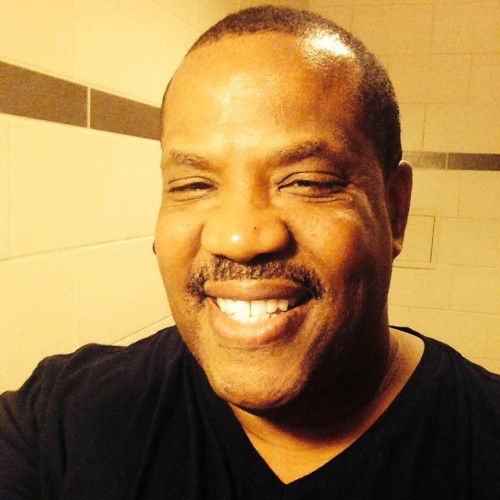 As always, here are some quick tips to build your business. These are things that we often overlook but could generate more revenue, of course, this is on top of providing great service. Not a lot of budget? Use services like Fiverr and Upwork. 1. Hire a young Social Media Whiz Kids are becoming marketing machines and they are better at it than expensive ad agencies because they don't rely on flawed research.....THEY LIVE THE LIFE. [...]
Read more

LECRAE and Pray.com Team Up for Messages of Faith and Prayer

Pray.com, the world’s No. 1 app for Christians, today introduced GRAMMY® Award-winning global entertainer and entrepreneur Lecrae as its latest brand ambassador. The collaboration with Lecrae will see the release of several new content series led by the artist on the Pray.com website and mobile app. “Transform Yourself,” a seven-part meditative prayer series, will guide listeners through messages of mindfulness in faith to reduce everyday stress and improve their relationship with God, while an additional seven-part motivational prayer series will aim to inspire listeners in the morning to lead a productive day. [...]
Read more

ALT Finance Corporation ("AltFinance") is pleased to announce the appointment of Marcus Shaw as its Chief Executive Officer. Shaw is a visionary leader with extensive experience in the technology, investment, and non-profit sectors. In his new role, he will guide AltFinance in its mission to increase diverse representation across the alternative investment industry.Marcus Shaw Marcus Shaw Today, Shaw will launch the application for the AltFinance Fellowship program at Clark Atlanta University, Howard University, Morehouse College, and Spelman College. [...]
Read more

KISS Colors & Care is dedicated to celebrating individual empowerment and self-expression in its consumers' hair journeys by bringing them the hottest trends and highest-quality, game-changing products to style with confidence. With Jayda's impressive entrepreneurial spirit, iconic hairstyles and trendy fashion, the brand is excited to partner with this beauty ambassador. KISS Colors & Care x Jayda Cheaves "I never really get excited about brand deals, but this one felt different from the rest. [...]
Read more

It started during his morning commute – a tightness in the chest, shortness of breath, clenched jaws and an overall sense of disorientation. So by the time Charlotte-area restaurant owner Kirk Weaver got to his shop, he knew something bad was happening. Aside from death itself, sudden and debilitating illness is one of the threats that black entrepreneurs generally fear most. Who will do all the necessary work if the owner goes down sick? But not all such stories end in despair. [...]
Read more

Jock combines 2 passions for one great idea We really love stories like this where jocks take the bull by the horns and create their own LEVERAGE. I capitolise the word leverage because that is PARAMOUNT to success in today's industry. Working part time at a radio station and waiting for a full time gig to open up can be torture and it can literally take years when you get around all the BS politics, changes in programming and limited opportunities. [...]
Read more

Industry Side Gig: Ways to Secure the Bag with Residual Income Formulas and Digital Gig Concepts

I was watching Tamron Hall interview Whoopie Goldberg recently and Tamron asked Whoopie if she is happy with where she is. Whoopie paused for a moment and said she would have liked to have been Tyler Perry. Tamron asked her what she meant since she has made many movies. Whoppie said, "I never had the bread." Tamron then said, 'But you have done a lot of movies, do you think it was because you are a woman?' Whoopie basically said 'No, I made a lot of money. [...]
Read more